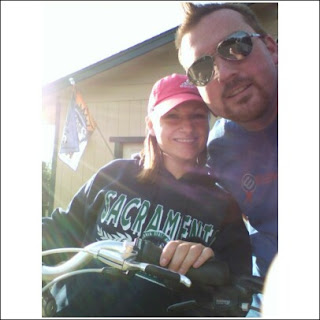 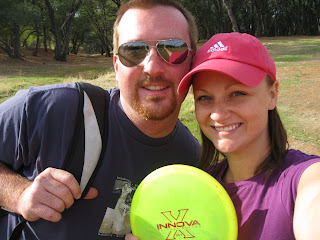 Well, miss Amy, sounds like you guys had a ton of fun. Yay for Jon taking you out to do fun stuff on a whim. Brownie points!

I totally can relate to the "not doing it unless I'm good at it" attitude. =) It's a competitive side in me for sure! It sounds like you and your hunny had a blast!

that exact same disc golf thing happened to me, but I was prego. It looks easier than it is.But I'm sure you will get better...
I'm glad you are blogging now!

Yeah I played disc golf with Nathan once. Haha! I have the wieniest arm in the nation. Glad to see you guys getting out and having fun. Welcome to the blog world. Happy blogging.