I have been looking for a hutch to put in the dining room ever since I finished my buffet. This one was listed with a table and chairs and since I didn't need those I called to see if she would be willing to split up the set. She said yes and off we went to pick it up! 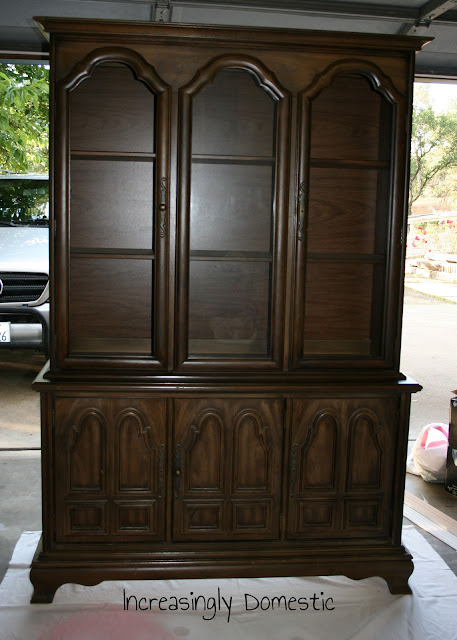 Isn't she love-ly? Isn't she won-der-ful?
Are you singing it? I am!
I am in lurve.
She has her flaws, don't get me wrong, but I can work with them:) 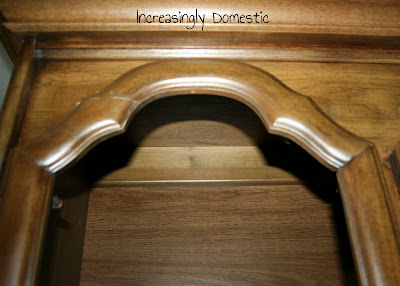 At some point the poor girl broke a door.
It was not set well so I may need to re break it and set it right.
Broken bones on the brain much? Sheesh! 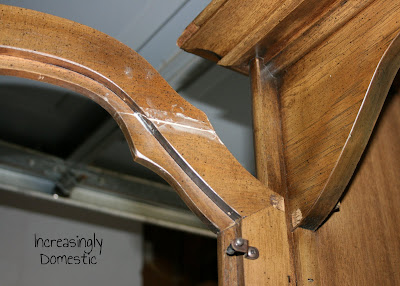 See? Hopefully I can make it all better. 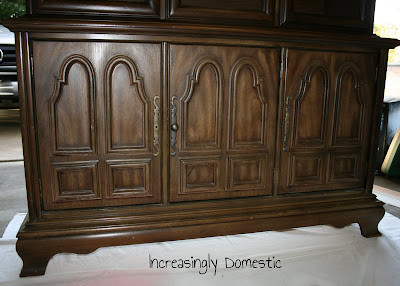 I love the details on the base but the hardware has to GO!
It just feels a little busy for me. 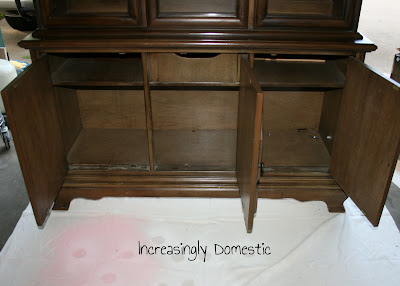 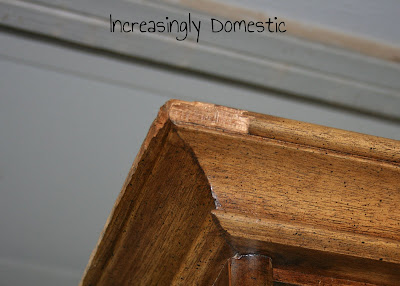 She got a little dinged up on the top left edge, but I am hoping I can fix her up real good. 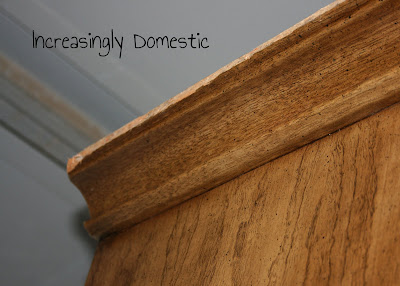 This is the edge that will be in the corner so I'm not worried;) 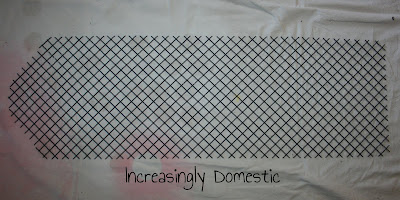 The two side doors have glass as well as these grate things.
I adore the texture that they add!

I already have my paint picked out, or more accurately it chose me.
I picked up a total of 3 color swatches...
on the third one the heavens opened and a light shined down and I. Just. Knew.
I had wanted to get working on her tonight, but I had to get the garage cleaned out before I could even get her inside a bit. As I was taking the pictures I was mentally going over all the steps I would need to take to make her shine like she was meant to and I suddenly got so tired. ;) My daddy always says that "If you're going to do something, do it right!" Which means that I usually do more steps than some would deem necessary;) HA!
Hopefully I can sneak out and get some work done on her tomorrow.
Any guesses as to which color I chose chose me?

Email ThisBlogThis!Share to TwitterShare to FacebookShare to Pinterest
Labels: Hutch

Oh man love it! can't wait to see the finished product!! oh goodness what color did you choose?? I am thinking you chose red? no yellow? no! Red? Do tell!!:)

Don't you just love it when the angels sing like that?? The hutch is a beauty...can't wait to see your idea come to life!!!

Beautiful. I can't wait to see what you do with it.

I want to see pics as you go along... And maybe I can come watch one of your projects in the future

Your buffet was so awesome, I can't wait to see how this one turns out :)

OMG! That is almost identical to my hutch! the only difference is the doors on the bottom. Mine are designed differently, but I even have the drawer in the center cabinet! I would love to do a makeover on it, but it isn't actually mine. My nanny inherited it from her grandparents and doesn't have room for it right now so, I am storing it for her/borrowing it. Can't wait to see what you do! I know it will be awesome! BTW...how's the little man adjusting to the cast?

Ooh, purty!! Can't wait to see what color you chose... or rather, what color chose YOU. :)

Gorgeous lines...cant wait to see what you do with her?

Wow, what a great piece. It'll be fabulous when you're done for sure. My guess is a shade of blue or yellow... Or white. Haha

What a great hutch, fab lines. Whatever color has chosen you I know it is going to look awesome just like the buffet!! My first thought was a yellow, then I thought a red. Am I close?