Brooklyn came home from school on Monday and told me that her beanie baby Herald, who she adopted for a class project, had a birthday coming up on January 7th.
We decided to have a little birthday party for her(Brooklyn decided that Herald was a her). When she checked the birth dates of her other two beanies she saw that they both had birthdays in December, so we made it a triple birthday party! 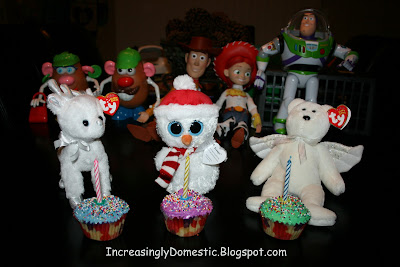 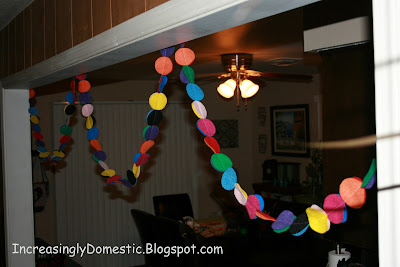 I made a birthday garland for the beanies' party.
I call it the Confetti Garland and it will be making appearances at all our family parties from now on. 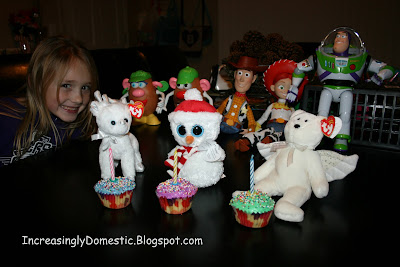 Here is Brooklyn with the birthday beanies and their friends from Toy Story.
It was quite a crowd! 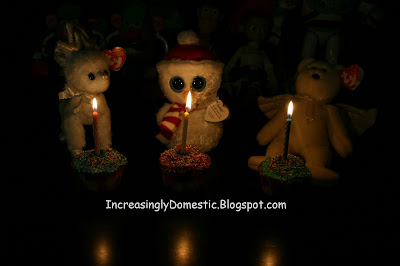 Yep. We lit the candles...and sang. 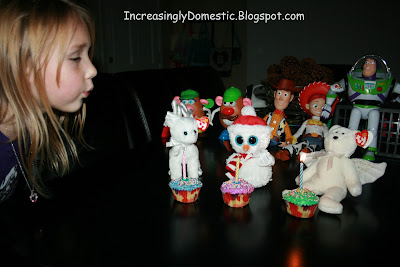 Brooklyn helped them blow out the candles. 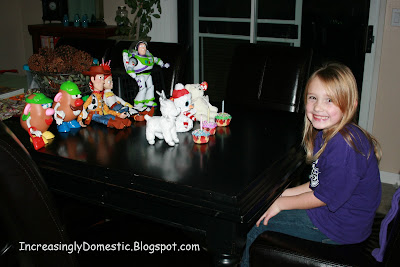 She was the happiest girl in the world that night.
She kept saying how it was the "Best day EVER!"
Oh, the things we do for our children;)

How stinkin' cute! You are such an awesome mom! Happy Belated Birthday Herald!

So cute, Amy! What a great idea. Your daughter looks absolutely thrilled!