I made these last year to share with Brooklyn's class for Easter,
but since that was pre-blog I wanted to share them with you.
Other than the too large eyes, which are a little totally creepy, I think they are adorable! 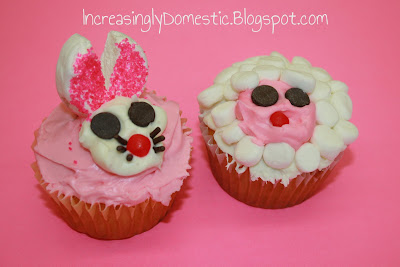 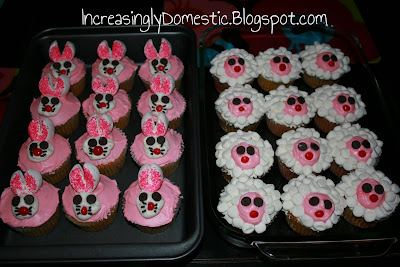 The kids loved them!

I got the recipes from Bettycrocker.com.
Here are the links for the Bunny Cupcakes and Lamb Cupcakes

Creepy or not--I want to eat them!
And hey--the person on top of my comment is a Bethany too!

Those are too stinkin' cute!!!

So adorable! My aunt raises lambs, and this would be perfect to make for her when I go visit. Thanks for sharing!